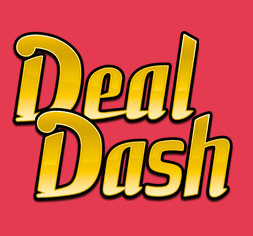 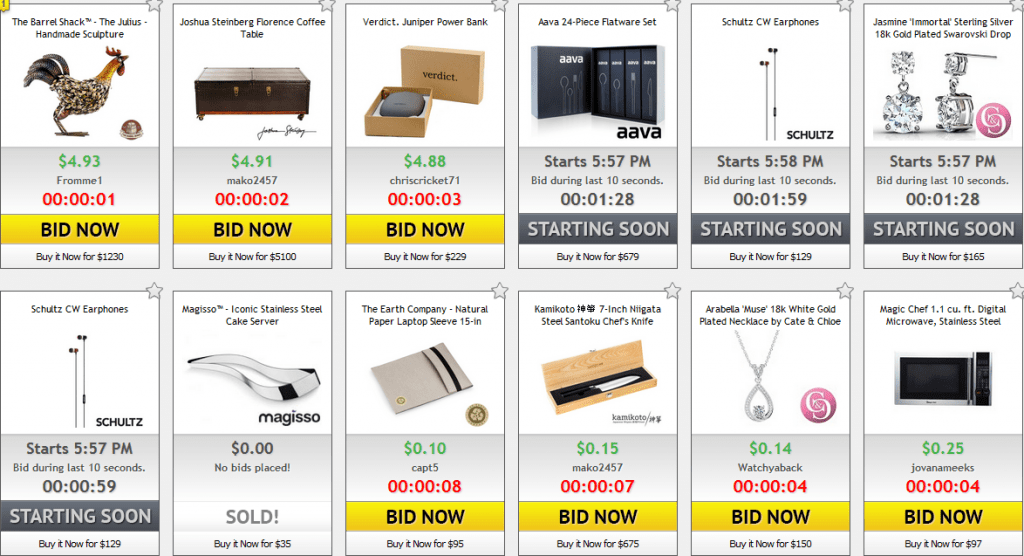 Example of items up for auction 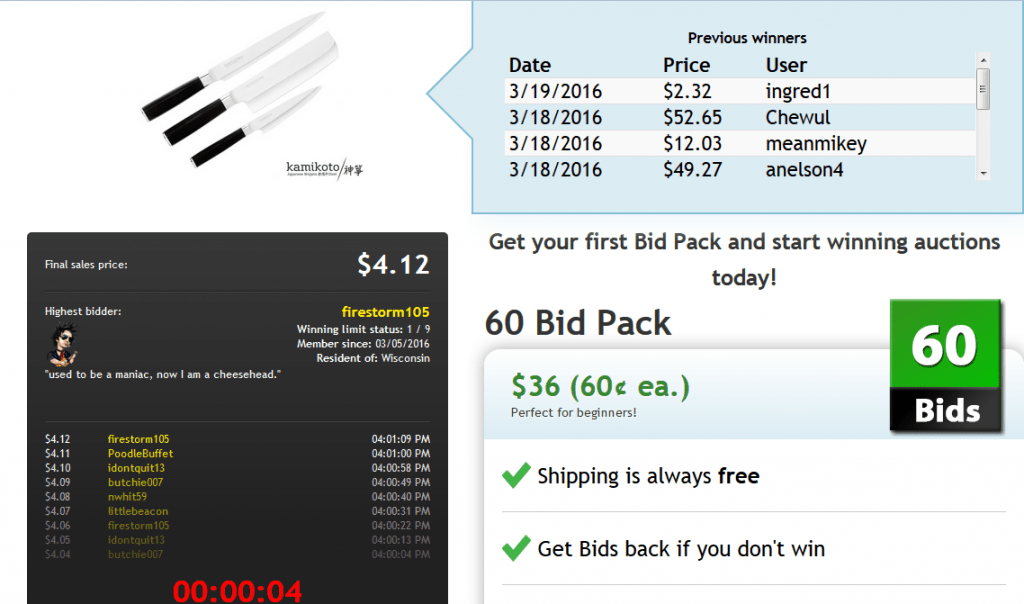 Example of Bidding At DealDash